Closed for staff meetings Thursdays from 8-9am

IF YOU NEED AN APPOINTMENT PLEASE CALL AHEAD 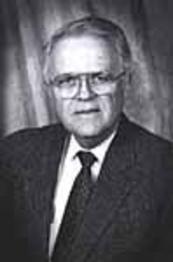 History of The Family Clinic

Dr. Leonard Brandon founded The Family Clinic in 1954.  He practiced alone for many years moving from one spot to another until settling at 305 University Drive until 1974.  Cadence Bank currently sits in it's previous location.  In 1974 he built the first clinic on Hospital Road, completing it just prior to the opening of Oktibbeha County Hospital, now known as OCH Regional Medical Center.

Dr. L.H. Brandon grew up in poor circumstances on his family's farm in Arcola, MS.  He attributed the driving force for entry into Medical School to that of his brother, having a medical disorder for which little could be done.  He matriculated at Millsaps College with his education interrupted by his service in the Army during World War II.  He was admitted to Columbia School of Medicine in New York City, and subsequently completed a rotating internship at Hartford Hospital in Connecticut, and a second year in Internal Medicine at Vanderbilt.

It was then that he moved to and established his practice in Family Medicine in Starkville, MS in 1954.  At the time, establishing a practice in Starkville was difficult given the longstanding practices in the community. Due to lack of experience and formal business training, building a practice was a slow and time consuming effort.  However, he succeeded by being available to his patients and providing an extensive array of services including obstetrics, neonatal, pediatric, adult, surgical and elder care to his patients, even if it meant riding on the back of a tractor to get to an injured patient in the field!  He was joined in practice by Dr. Barbara Fleetwood in 1982, who remained until her retirement in 2018.  Dr. Leonard Brandon served in many positions in organized medicine as well as in multiple community and church committee roles.  Then joined by his son in 1992, he continued to practice full time until 2002, retiring in 2008 after serving Starkville for 54 years. His granddaughter, Dr. Emily Landrum, joined the practice in July 2018 as a third generation family physician.

The clinic was expanded to its current size in 1997 and now houses 12 examining rooms, a minor procedure room, plain film X-ray facilities and in-house lab for rapid testing with daily access to a reference lab offering an extensive array of tests available.  Additionally, we work closely with a physician pathology group for performance of tissue sampling including pap smears, skin biopsy and skin excision specimens.  Ample waiting area space is available for your comfort, including a Jack in the Bean Stalk mural for the children.

We continue to strive to provide as full array of services as is reasonable and possible.  We strive to make ourselves available for our patient's healthcare needs with a goal of a "one stop shop"  for most of your needs.  We currently are served by qualified array of physicians, nurse practitioners, licensed practical nurses, radiology assistants, lab personnel.  Our mid-office personnel are experienced in the many intricacies of healthcare billing.